Lipid Nanoparticle (LNP) is a kind of Nanoparticle formed from lipids. The structure of LNP is a vesicle composed of phospholipid bilayer. By loading the nucleic acid drug into LNP, it protects the coated nucleic acid drug from degradation and clearance, and facilitates its transmembrane transport to the target site. The widely used composition of LNP includes cationic lipid, neutral helper lipid, cholesterol, PEG-lipid and nucleic acid.

In the preparation of LNP, it mainly depends on self-assembly ability, that is, lipid components spontaneously organize into nano structured entities through molecular interaction. First, the negatively charged nucleic acid and positively charged lipids are bonded by static electricity, and then assembled by hydrophobic and van der Waals interactions between lipid components to form LNP.

The traditional preparation method of LNP is simply two-phase mixture and then the particle size is controlled by homogenizing technology (high pressure homogenizer, high pressure micro-jet) or extrusion technology (polycarbonate membrane filter). The nano particles formed a multi-layer structure in which the mRNA molecules were sandwiched in concentric lipid bilayer. The encapsulation rate of this method is generally not high, and it requires high precision and high specialization equipment, which leads to the difficulty of process amplification.

Another technology is ethanol dilution. Various lipids were dissolved in ethanol, mRNA was dissolved in buffer, and the two phases were quickly mixed. By diluting the ethanol phase, the solubility of lipids decreased, and gradually precipitated and solidified in the mixed solution to form lipid nanoparticles. Meanwhile, the mRNA was efficiently encapsulated.

The commercial production of mRNA/LNP uses microfluidic or T-junction mixing technology, which is fast and simple, easy to scale-up and better control of LNP quality (encapsulation rate, particle size and PDI). 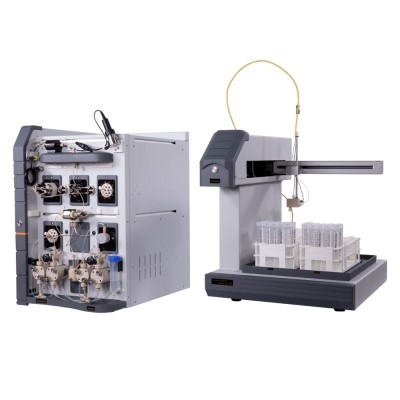 Disclaimer: This article is for reference only and does not constitute investment advice. Investors act accordingly at their own risk and remain neutral in their judgment of the statements and opinions contained herein without giving any warranties, express or implied, as to the accuracy, reliability or completeness of the contents contained herein. The reader is requested for reference only and assumes full responsibility.