Get your ticket Book your Stand

Pharmtech & Ingredients – the main event for the future of pharmaceuticals

The 21st international exhibition of equipment, raw materials and technologies for pharmaceutical production went down a storm from 19-22 November 2019

Pharmtech & Ingredients is an exhibition of high importance to the pharmaceutical industry, promoting production and cooperation between international innovators and Russian medicine producers.

The exhibition’s opening ceremony was attended by senior industry figures, among whom were:

In his welcoming address, Viktor Dmitriev noted that, “it has become a good tradition to discuss the year in review at Pharmtech & Ingredients. Today Pharmtech is not only an exhibition of achievements, but also the main event for the future of pharmaceuticals.” 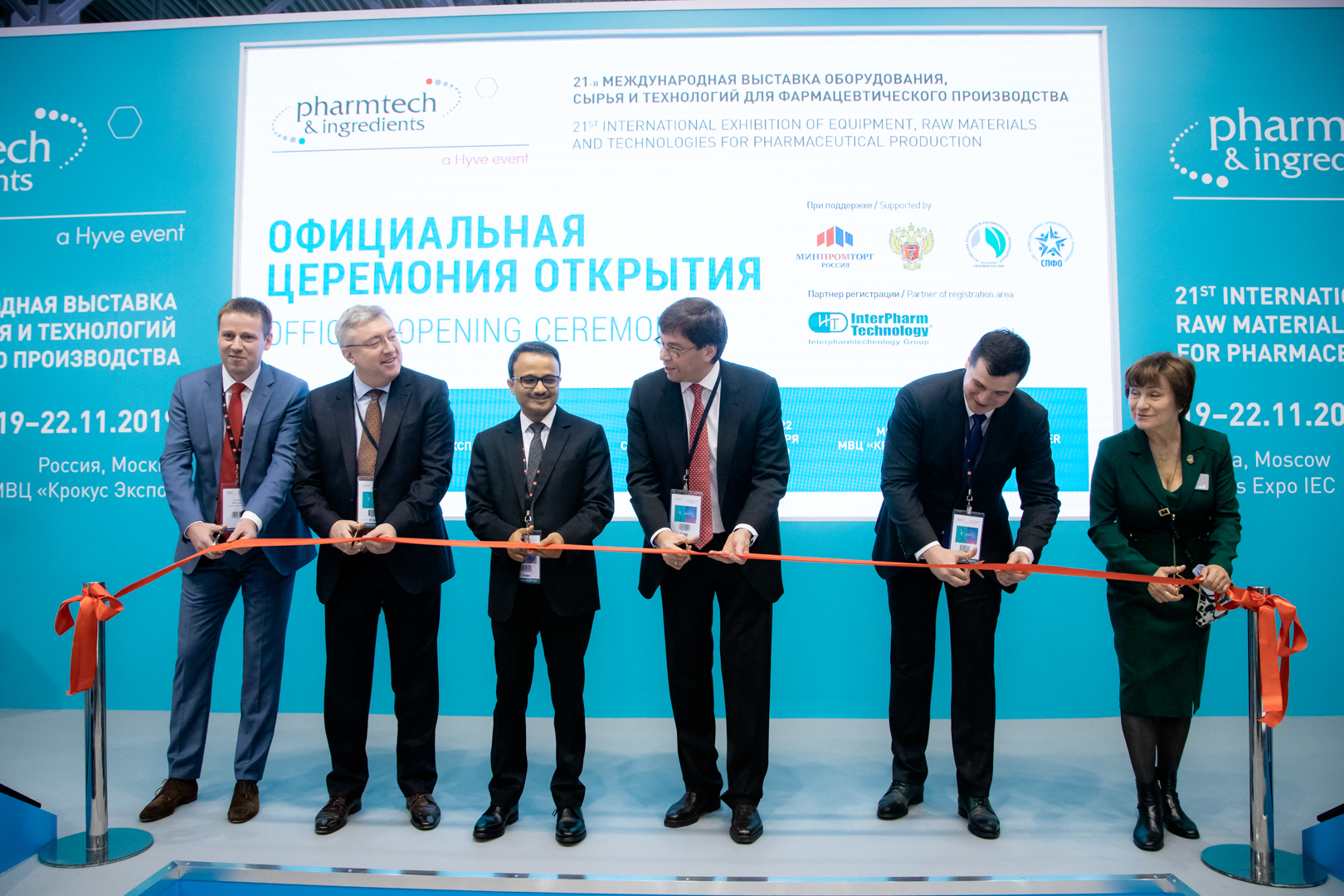 During the show, Swiss President Ueli Maurer arrived in Russia on an official visit to discuss with Russian President Vladimir Putin and Prime Minister Dmitry Medvedev issues of Russian-Swiss cooperation in trade, economics, scientific, technical, investment, cultural and humanitarian areas, including how to make it easier for small and medium Swiss businesses to enter the Russian market. Mr Maurer’s visit was broadcast on the television channel SRF, with coverage including the Swiss stand at Pharmtech & Ingredients and exhibitor interviews. The Swiss pavilion featured 15 companies, a number that increases every year. This is indicative of the trend towards the development of cooperation, outlined by the presidents of Russia and Switzerland.

Over the four days, 8,231 visitors from 50 countries and 62 regions of Russia attended Pharmtech to discover exhibitors’ innovative technologies and solutions to optimise production processes. The exhibition’s business programme was attended by 1,128 professionals and included issues provoking animated discussions among pharma professionals. This year, a key issue was the industry’s readiness to introduce compulsory medicine labelling regulations. The discussion featured representatives of all industry sectors likely to be affected by the forthcoming nationwide rollout:

The round table was moderated by Victor Dmitriev, General Director of the Association of Russian Pharmaceutical Manufacturers (ARPM).

After a heated discussion, many attendees agreed that while the system has been built and technical solutions implemented, some issues remain to be addressed and the industry is not entirely ready. The panellists called on those present to step up their efforts in disseminating information about the project, pay attention to issues requiring intervention, and speak out more openly about problems. 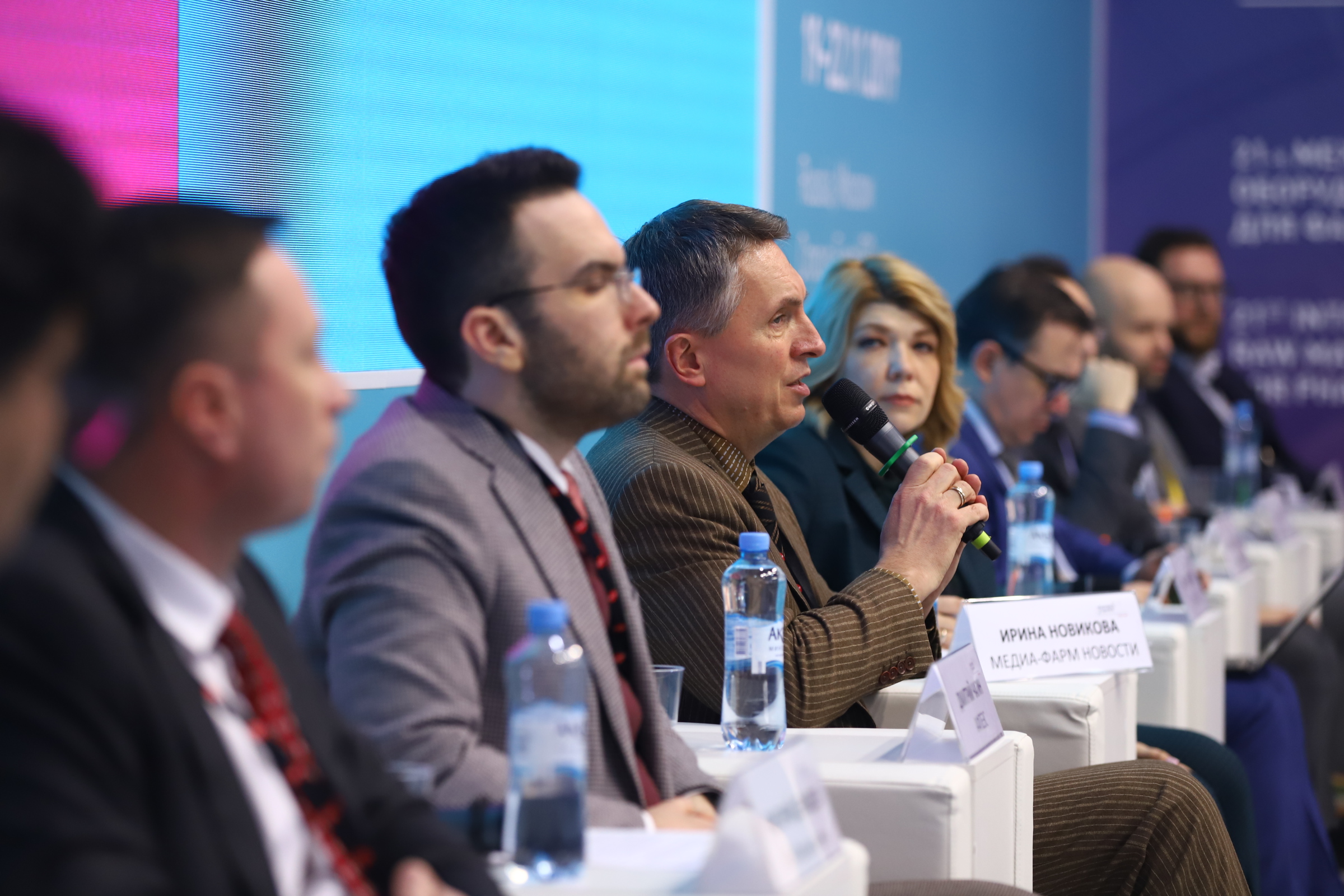 FPT partnered the session ‘An effective look at the technical support of medicine production’, offering a platform to discuss the issue of efficiency at different stages of a pharmaceutical business’ life cycle and giving special attention to innovative solutions that improve efficiency.

The panellists of the round table ‘API production: the economic aspect’ – heads of Russian companies – discussed how to furnish the Russian pharmaceutical industry with high-quality, cost effective raw materials and Russian-made materials.

In addition, leading pharmaceutical companies sponsored the PharmtechTutor, an annual educational project intended for students to consolidate existing and gain new expertise in the pharmaceutical industry. In all, 68 students from 11 Russian universities worked at the stands of 44 companies this year.

If you’d like to be part of this vital industry event, enquire today to learn about your participation options.
ENQUIRE TO EXHIBIT
Back